Reward for thesoftdao.crew3-what are your suggestions?

There are currently 8,000 people participating in the company.
My suggestion is to reward the first 300 people with tokens.
To distribute the rewards in proportion to their achievements on thesoftdao.crew3. Identify 3 groups of participants for encouragement.

These awards will stimulate further rewarding testing on the crew3 platform, which will encourage community bonding and engagement of new members in the project!

I like the idea to reward Crew3 participants. However, may we cut the list a bit? 100 0r 200 participants. Nevertheless, 300 is also a good nimber.

There are currently 8,000,000 people participating in the company.

8 million people in the crew3?

the idea is good, but equal distribution of tokens or some other kind of play would be fair, the difference in points between the top 10 and top 100 is too big

It’s a good idea to reward the TOP participants. Since the difference in points between TOP1 and TOP100 is too big, I propose to divide into 4 groups.

Great idea! I propose to divide

it would be great to be rewarded for crew3 quests)
I like your graduation! but 200 people from leaderbord is enough.
my suggestion is:

I think its Great idea, I suggest

I don’t think this is a fair distribution. need to award the top 10 for sure! and top 1000. different rewards of course. but the contribution of the first 10 and the first 1000 cannot be estimated exactly

I think this is an interesting proposition, people deserve awards. And this will be an incentive to create and test further

I’m agree with top 300. It’s really will be stimulate activity. On the Crew3 we have quests which increase of popular of our community.

I think it is great idea to reward the thesoftdao.crew3 to promote activity and engagement the heartbeat of the project. To encourage more wide spread of community members, top 500 would be a good number which is about 10% of active crew3 community members.

Good idea, I support it, but after reading a couple of comments, you can share more places, 1-50 to 300 places, because. anyway, those who are in the top participate much more, even in comparison with me)

… Here you can still add a long time, these are thoughts for discussion and constructive dialogue.
.
2. Quest objective in Crew3:
2.1. Support for social activity
2.2. Spreading the word about the DAO
2.3. Attracting new members
2.4. Generation of new ideas and proposals
2.5. Replenishment of the DAO Treasury

… Similar to the previous paragraph, you can continue the list.
.
3. Key allocation decisions (based on the above):
3.1. Distribution should not be linear
- reward according to activity
3.2. For the Top 100 or Top 500, the maximum reward depending on the time spent and activity
- the highest activity should be marked as the highest possible, but the total pool should be enough for all participants
3.3. The distribution should hook all the participants of Crew3, we accept 8000. (even bots).
- a small giveaway for all participants will encourage further participation and attract new participants
- those who receive a small amount of coins (even bots) will sell, thus creating a market with small amounts. This will allow those who are interested in saving to purchase tokens, while the total amount will not allow whales to form.

… This is short, the topic can be developed even deeper.
.
4. Distribution sketch.

image1039×410 26.4 KB
.
More on the topic:
I believe that in order to increase activity, it is necessary to resume the sprint, when users see the deadline, it is easier for them to be active.
You can also organize short sprints for 2 weeks and subsequently highlight the leaders of each sprint, as well as the leaders of the quarter, the leaders of the year.
. 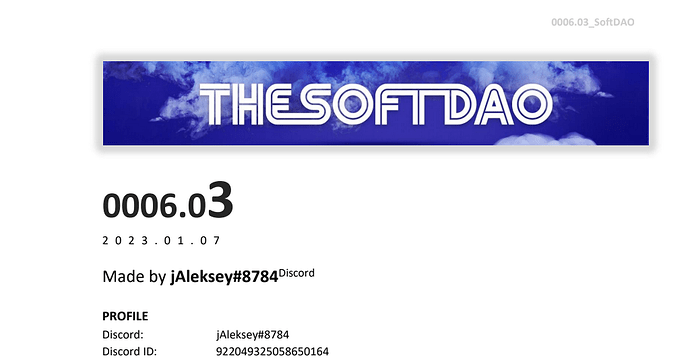 There can never be 8 million peolple participating in crew3. Those are bots if the number is even close to correct.

I like this distribution of awards. I think it’s fair and it will really attract a lot of new participants

I think this is a good proposal, which can stimulate those who work actively for the community and also drive the community’s activity. I think it can be reduced to the top 200, not too much